Mikaela Davies has written a strong case for women playing more roles in the Shakespearean canon over at Intermission. And she, along with some other great actors, are living it right now at the Stratford Festival. This is an idea that is near to my heart, having just completed a workshop for Bard on the Beach with an all female cast, using POW camp theatre as jumping off point, I hope to explore this idea further.  Our greatest actors are women – they should be getting the greatest parts.

Emelia has a blog I have a long admired. And now she has a radio show. Last night she had me on to talk about growing up in small towns, making art, and throwing love at problems. Listen here.

I love how our Onegin is inspiring folks to make their own visuals in response.

Lady Lottie’s sketches from her tumblr: 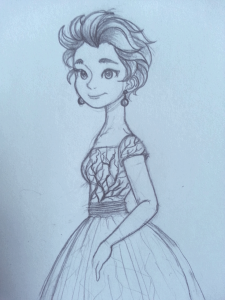 Markian made a poster, based on a David Cooper photo:

Roan posted these on FB: 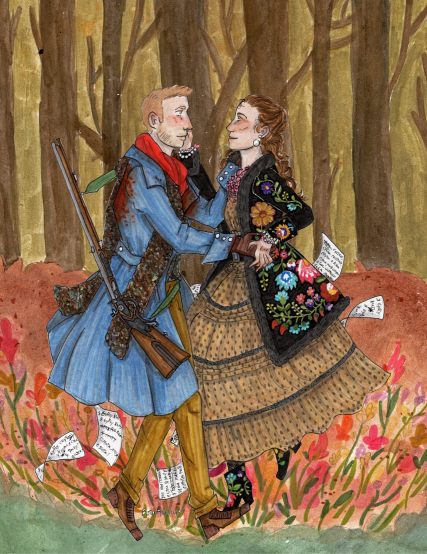 And Brian started a new meme:

Reflected words can only shiver
Like elongated lights that twist
In the black mirror of a river
Between the city and the mist.
Elusive Pushkin! Persevering,
I still pick up Tatyana’s earring,
Still travel with your sullen rake.
I find another man’s mistake,
I analyze alliterations
That grace your feasts and haunt the great
Fourth stanza of your Canto Eight.
This is my task–a poet’s patience
And scholastic passion blent:
Dove-droppings on your monument.

We are headed into our final 2 previews of Onegin before opening night on Wednesday March 23. It’s been a real joy to add the final touches after the almost 3 year journey to bring this to the stage. Audiences thus far have been warm and curious.  Veda and I are more aware of the audacity we have to attempt this, and our deep hope that we are doing Pushkin’s legacy proud in some way. And as for Monsieur Tchaikovsky? His masterwork is as perfect as an opera can be – we are not trying to improve or update, we want to make our own distinct thing, all respect and adoration to our original author and all of us that love them.

Selina Martin has a new album coming out. The first single to be released, Wish List, has a video that a few of us got together to shoot on Toronto Island in August. It was fun and stressful and sweaty – none of which you can see in the video, thank god, as it’s a special Christmas song. It was my first time doing something like that and I was grateful to Selina for taking a chance and making something with me. And special thanks to Scott, for all the editing work.  Happy End to 2015. 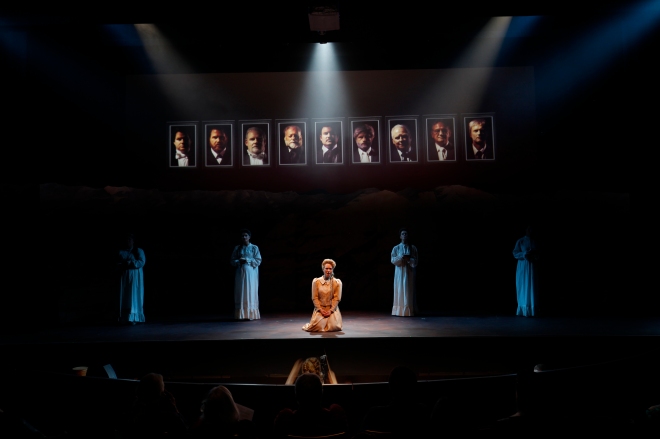 Nico Muhly and Stephen Karam’s opera about the women in a polygamist sect is running until Saturday in Vancouver Opera’s production.

It’s a challenging piece, full of hard questions, and the cast and Kinza are giving their all.

As hoped for, reviews are all over the place, and I’m glad people are talking about it. If you want to read what the some of the reviewers are saying:

Vancouver Sun and Classical Voice America (same reviewer!), and the  Straight, a rave on Lords of Dogwood, Review Vancouver, Backtrack, 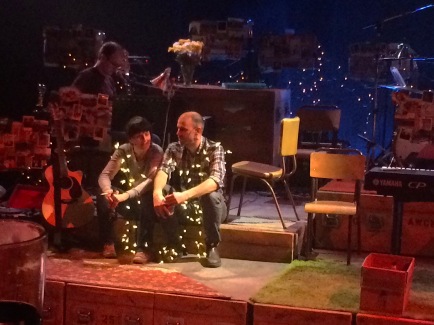 This show  based on Dan Mangan tunes opens tonight for a run in East Van.  One of the things that I have been curious about is how you experience the show depending on whether you know the already know the music or not.   Here is the  set list:

Road Regrets
Daffodil
Fabulous
About As Helpful As You Can Be
Et Les Mots Croises
Fair Verona
Starts With Them, Ends With Us
Road Regrets (reprise)
Daffodil (reprise)
The Waiting Game (new song)
Set The Sails
Jeopardy
Indie Queens Are Waiting
Basket

I am in New York, here for a Fringe show. It’s an Alley Theatre show, part of FringeNYC, if you are nearby please come see us.

I spent the last couple of days in the August heat tracking down a chair and rug on craigslist for the show. Cheaper than bringing the ones we used in Vancouver. The rug was bought in a house in Brooklyn. The chair needed to be lugged down from the Upper East Side down to Fringe Central to drop off some flyers. Along the way I passed a young child, the mother was saying to the child, “Yes, that man has a chair. He can sit wherever he wants.”

After I dropped off the flyers I stopped for happy hour at an East Village bar, and sitting outside I put the chair next to me. A large group of Wall St types showed up, and asked if I was using the chair, I said no, they could use it, but it wasn’t the bar’s chair it was MY chair, but I was ok with it.

On the crowded subway I sat on my own damn chair, next to the doorway.

Tim was so compelling. I first came upon him giving speeches and righting some wrong in the back hallways of the Phoenix theatre building at UVic. He was opinionated and had a clear moral compass.

Lucas called him a “theatre warrior”. And he really was. He knew everything, but was eager to learn. He was sensuous and strong. He didn’t look like anyone else.  He sang sweetly. He could charm the pants off you.

He was part of a group of actors in the early days of SKAM who are the primary reason that I am a director. Tim, and the entire casts’ support in me gave the strength to try. They allowed me to find my way as I directed my first show – George F. Walker’s Zastrozzi, and Tim played the title character.  He told me he wanted me to direct and he trusted me. We re-mounted that show after our first successful run, we toured to NYC and Philly, and he was always both a leader and a team player. We all felt sweaty and fearless, and I shall never forget what we did in that time. Tim’s big, big heart was all over that, and he will alway be a part of who I am.

theatre for people who hate theatre
Blog at WordPress.com.